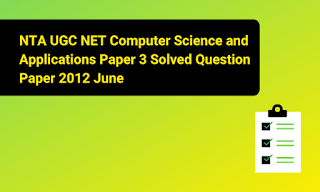 You can boost your preparation by referring to NTA UGC NET Computer Science and Applications Paper 3 Question Paper 2012 June. It will give you information about the important chapters and concepts covered in all chapters.

Practicing these NTA UGC NET Computer Science and Applications Paper 3 previous year question papers assist the students in getting a clear idea about the question paper pattern and types of questions asked in the exam.

2. In Delta Rule for error minimization

(A) Weights are adjusted w.r.to change in the output

(B) Weights are adjusted w.r.to difference between desired output and actual output

(C) Weights are adjusted w.r.to difference between input and output

3. The concept of pipelining is most effective in improving performance if the tasks being performed in different stages:

(A) require different amount of time

(B) require about the same amount of time

(A) The size of database

(B) The size of data item

(C) The size of record

(D) The size of file

5. Suppose that a given application is run on a 64-processor machine and that 70 percent of the application can be parallelized. Then the expected performance improvement using Amdahl’s law is 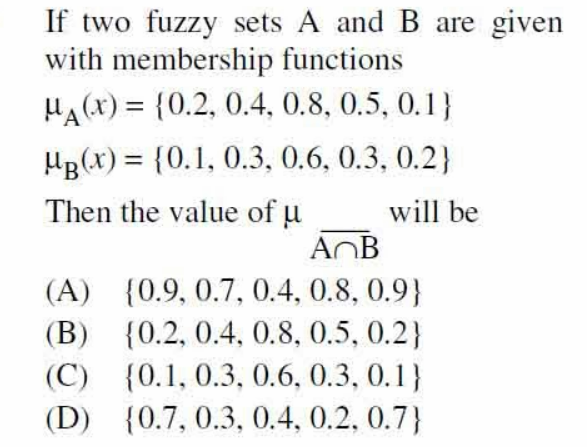 8. Which level of Abstraction describes what data are stored in the Database?

9. The problem that occurs when one transaction updates a database item and then the transaction fails for some reason is ________.

12. Which of the following can be used for clustering of data?

13. Which of the following is scheme to deal with deadlock?

14. If the pixels of an image are shuffled then the parameter that may change is

15. The common property of functional language and logical programming language:

(A) Both are declarative

(B) Both are based on l-calculus

(C) Both are procedural

(D) Both are functional

16. Given the following statements:

Which of the above is the correct statement(s)?

(A) Dependency preserving but not lossless join

(B) Dependency preserving and lossless join

(A) lossy element which exploits the psychovisual redundancy

(B) lossless element which exploits the psychovisual redundancy

(B) Storage, Functionality Responsiveness to queries

22. The transform which possesses the highest ‘energy compaction’ property is 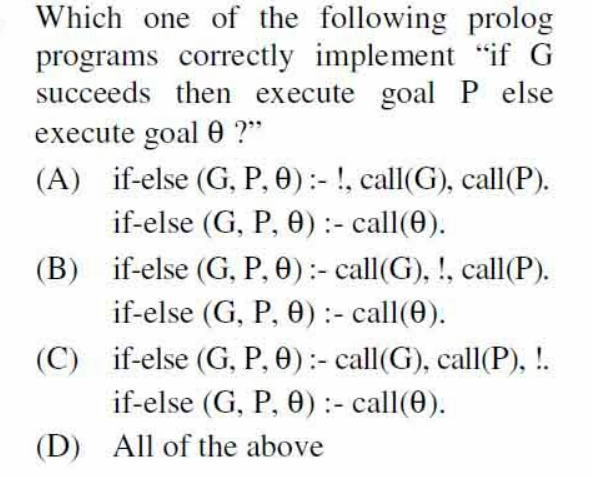 25. Which is not the correct statement(s)?

(i) Every context sensitive language is recursive.

(ii) There is a recursive language that is not context sensitive.

26. The mechanism that binds code and data together and keeps them secure from outside world is known as

27. Identify the addressing modes of below instructions and match them:

28. Which one of the following is not a Greibach Normal form grammar?

29. Which of the following IP address class is a multicast address?

30. While unit testing a module, it is found that for a set of test data, maximum 90% of the code alone were tested with a probability of success 0.9. The reliability of the module is

31. The upper bound of computing time of m coloring decision problem is 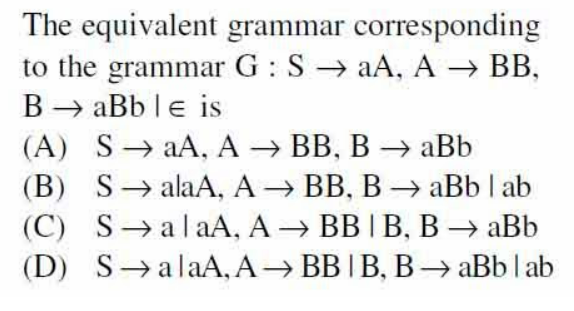 33. Which one of the following statements is incorrect?

(A) The number of regions corresponds to the cyclomatic complexity.

(D) Cyclometric complexity for a flow graph G is V (G) = P + 1, where P is the number of predicate nodes contained in the flow graph G.

36. Number of binary trees formed with 5 nodes is

37. Are we building the right product? This statement refers to

The top two elements of the stack after first * is evaluated

Generates strings of terminals that have

Endif the cyclomatic complexity of the pseudo-code is 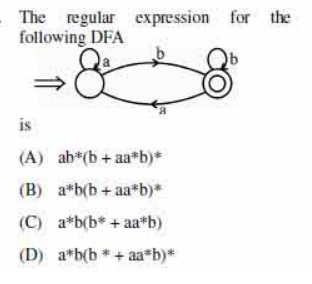 44. Which diagram provides a formal graphic notation for modelling objects, classes and their relationships to one another?

(A) Efficient implementation of multiuser support is no longer possible.

(B) The processor cache can be made more efficient.

(C) Hardware support for memory management is not needed.

(D) CPU scheduling can be made more efficient.

46. The feasible region represented by the constraints

47. The colour of an object is largely determined by its diffuse reflection coefficient. If Kd = (0.8, 0.4, 0), then what shall be the colour of the object, if the light used is blue and magenta?

(A) White and Red 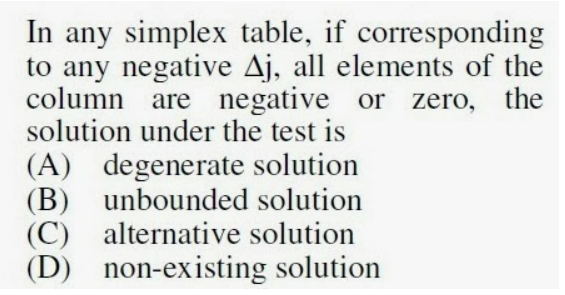 51. The strategy used to reduce the number of tree branches and the number of static evaluations applied in case of a game tree is 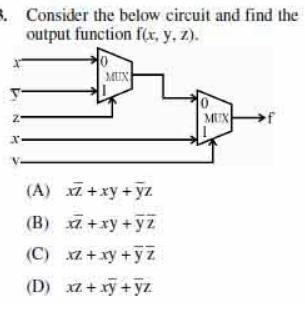 54. What is the size (in terms of bits) of Header length field in IPV4 header?

55. Match the following with respect to java.util.* class methods:

56. ______ is sometimes said to be object oriented, because the only way to manipulate kernel objects is by invoking methods on their handles.

(A) As soon as an interrupt is raised

(D) By checking the interrupt register at fixed time intervals 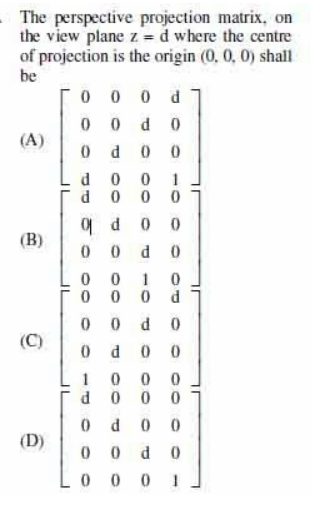 60. Radio signals generally propagate according to the following mechanisms:

61. Identify the devices given below with their IC numbers:

62. The optimal solution of the following assignment problem using Hungarian method is

63. If a and b are the end points of a line, then which one of the following is true?

(A) If both end points are left, right, above or below the window, the line is invisible.

(B) If both end points are left, right, above or below the window, the line is completely visible.

(C) If both end points are left, right, above or below the window, the line is trivially visible.

(D) If both end points are left, right, above or below the window, the line is trivially invisible.

64. Match the following with link quality measurement and handoff initiation:

65. Consider the methods used by processes P1 and P2 for accessing their critical sections. The initial values of shared Boolean variables S1 and S2 are randomly assigned,

Which one of the following statements describes the properties achieved?

(A) Mutual exclusion but not progress

(B) Progress but not mutual exclusion

(C) Neither mutual exclusion nor progress

(D) Both mutual exclusion and progress

69. What is the meaning of ‘Hibernate’ in Windows XP/Windows 7?

(A) Restart the computers in safe mode.

(B) Restart the computers in normal mode.

(C) Shutdown the computer terminating all the running applications.

(D) Shutdown the computer without closing the running applications.

70. Assume that we have constructor functions for both base class and derived class. Now consider the declaration in main ( ). Base * P = New Derived; in what sequence will the constructor be called?

(C) Base class constructor will not be called.

(D) Derived class constructor will not be called.

71. Which one of the following options is not a shell in UNIX system? 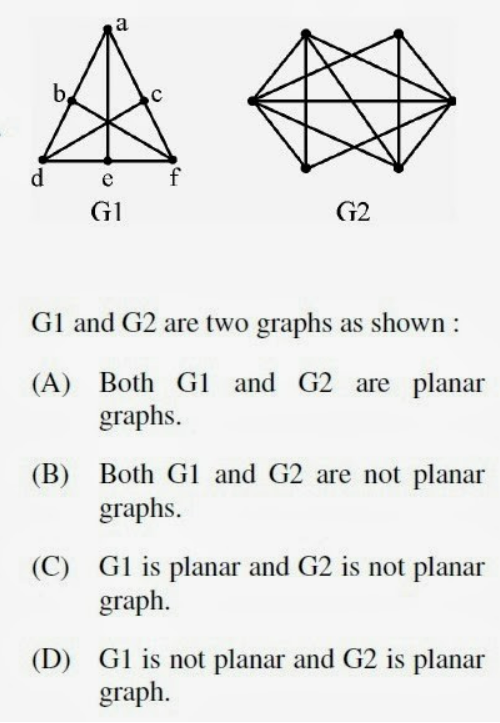 73. In which file the compiler manage the various objects, which are used in windows programming?

75. Halftoning is defined as

(B) A technique for using minimum number of intensity levels to obtain increased visual resolution.

The old UGC NET Examination paper-3 in Computer Science and Applications are of descriptive type till December 2011.

If you have any questions about NTA UGC NET Computer Science and Applications Paper 3 Solved Question Papers, please let us know in the comment section.